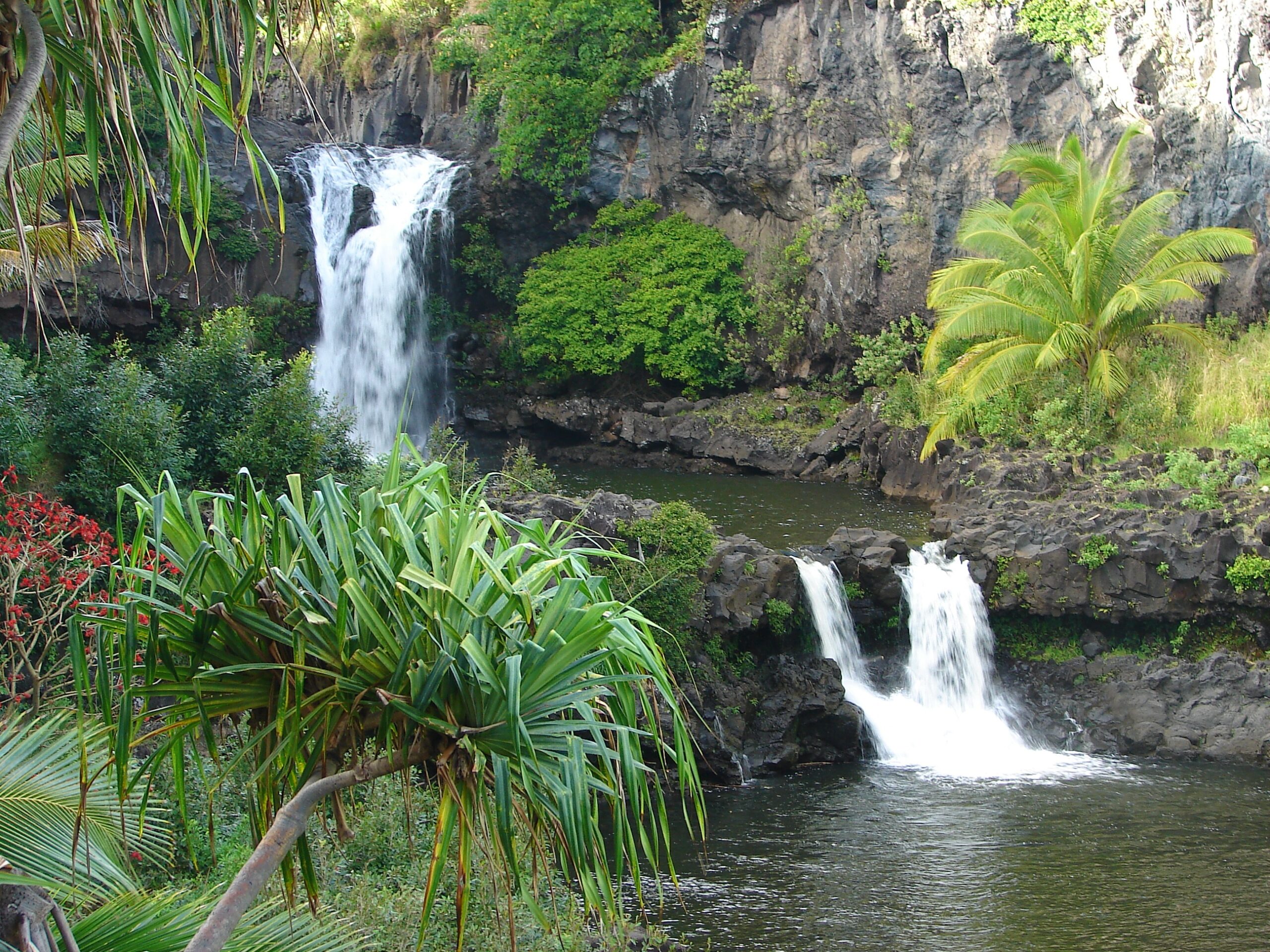 Max Media is a full-service advertising agency that has been creating innovative, cost-effective, media-driven advertising campaigns for over 25 years. We handle both large and small accounts, from institutional advertisers, to brand names, to direct response. We are personally involved in all phases of the marketing process and carefully monitor the progress made by each of our clients. Because we are a small and cohesive group of talented advertising professionals, we work with a limited number of accounts, and are selective about those with which we will form our marketing partnerships. We are very results oriented, and strive to service all of our accounts for the long term. We maintain a keen awareness that the growth and success of our client’s business is the key to our own success. We want to prove that to you. We want to help your business grow into a larger and more profitable company. Please allow us the opportunity to present Max Media to you as your next, and hopefully, your last advertising agency.

Our consultation is always free. Our services are very affordable. Our success rate is outstanding.

John Graziano knows that many accounts are treated poorly by their big advertising agencies, and some never receive the professional service they deserve. Max Media strives to maintain long-term relationships with a smaller group of select accounts. With a manageable account list, Max Media provides daily account management, daily account performance reports, daily media monitor reports, daily media modifications, and daily communication with every single account. At Max Media, our accounts never have to wait long for a call back. We’re on top of every account, and, we’re always ready to respond immediately to their important marketing needs.

Max Media individually negotiates every media buy for every account with every station and network. We hold no media time in inventory. Instead of receiving recycled media time, our accounts always get fresh media time at lowest negotiated rates. Max Media prides itself on always delivering the lowest media rates possible for our accounts. In fact, that’s guaranteed. For talented media managers, negotiators and buyers who care about your business the way you do, put Max Media to work for you. At Max Media, we spend time managing your media on a daily basis, and you’ll definitely see the results of our hard work where it really counts…at your bottom line!

More About Our Services

Max Media will determine the best type of advertising for your business, products, promos.

We will provide you with comprehensive research to determine your best customer demographic and psychographics profiles. We utilize a number of competent information sources from prudent beta testing to in-depth focus groups, and all the available surveys and studies. Armed with this powerful marketing information we can clearly plan and target your creative message and focus your media buys properly.

Our creative efforts and media plans are the culmination of a conscientious study of your products and their potential consumers. We find the best way to sell your products most effectively. We endeavor to project your advertising campaign’s impact and sales success for weeks, months, even years in advance. We create marketing plans that you can count on and take to the bank.

An effective advertising campaign always begins with a strong commercial message. If your products are beneficial and valuable to consumers, we will tell them your story very effectively.

We have written hundreds of unique television and radio commercials. Our attention-grabbing creative efforts utilize key elements of drama, comedy, original music, sound effects, visual effects, graphics, unique on-camera and voice-over talent…whatever it takes to get your sales message across.

We know how to cut through all the clutter that bombards the consumer in order to make your commercials stand out and motivate best response. Please allow us to share our production demo reels with you. We know you will be impressed with our creative work for many high profile clients.

A successful campaign requires that we put a quality commercial message on-the-air.

Direct Response is perhaps the most difficult form of media advertising since it depends on immediate customer purchases generating large sales revenues. It demands the highest media efficiency and returns. We have produced many successful half-hour television infomercials for a wide variety of products, from cosmetics to used car sales. One of our popular TV shows is still running after 8 solid years on-the-air!

We have also pioneered the new 5-minute television commercial format. We will produce top-quality corporate, demonstration, training or instructional videos of any length for you, too.

A high performance media buy starts with a comprehensive media plan, and effective media testing. We always buy prudent media tests first, and very carefully monitor the results. We then modify a media schedule until it is producing maximum sales results for you.

We buy media time for as little as anyone else in the business, and this we prove on a consistent basis for our accounts. In fact, most of our accounts have moved to us from the largest media time-buying agencies in the country. Those agencies claimed to have “buying clout”, but they just didn’t deliver the proper schedules, effective rates, and sales results.

We will conduct a head-to-head media cost efficiency and performance test with anyone…and beat them! More importantly to you…we will compare our sales performance results to theirs. Not bragging, just fact.

We know that we can reach and motivate more prospective customers, dollar-for-dollar, than anyone else in the media buying business. Go ahead, give Max Media your media test.

It takes real know-how to coordinate large on-going local, regional and national advertising campaigns properly. Due to our extensive experience in this area, we do it right. We have created all the needed reports for you. You will see your CPC’s, CPO’s, and MER’s (Media Efficiency Ratios) on a regular daily basis. That way, you will always know where you stand in any given campaign.

We will coordinate all of the related sales procedures in a campaign for you.

We know how to maximize overall sales production for you. That’s our job!

We believe in the concept of media mix. No one media can do it all, so we find the exact combination of media, that when mixed together properly creates the hardest-working campaigns for you. The ability to reach your customers from different angles and the power of various media formats working together always produces the best results. We combine both Traditional and New Media. And together 1+1+1 =5!

Once your commercials and infomercials are airing in an effective media schedule, your customers will eagerly start buying your products. Now, we will help you to create and manage your new customer databases.

The way your customers are profiled, and the way your lists are cataloged and organized is essential to proper customer follow-up. Working your customer databases continually, and effectively, will make you a much more profitable company.

Remember, the first time you attract a customer, the cost is very high. When you go back to that same customer to sell to them again, and again, the cost is minimal.

We will send out follow-up literature, premiums, incentives, coupons, reminders, as well as constantly introduce new and related products to your customers. We will create maximum additional sales, upsells, and where appropriate, customer continuity programs for you.

We do all the tedious, but necessary, paperwork so that you don’t have to. We handle all the media billings and additional vendor invoices. We pay the media and all ancillary selling services for you. All you have to do is write one check to Max Media, and we’ll do the rest.

We review all media invoices and verifications very carefully. We insure that you receive the proper media credits or refunds, when necessary. We will supply affidavits as proof of performance. We make all media payments in a timely and cost effective fashion, and keep all of our accounts zero-balanced. Pay as you go.

We issue you daily performance reports showing exactly where you are in any given advertising campaign. You never have to guess, or wait.

This is just some of the many good accounts that MAX Media has successfully handled over the years. Our full client list is too long to include every ad campaign we’ve produced. Let us add your company to our impressive client list. You’ll be in good company.

“At Max Media, we believe that many in the advertising industry charge too much for their services”

Time and again we see where creative and production costs and fees quoted by others are far too high. It doesn’t have to cost a lot to create quality commercials or infomercials. When professionals know what they are doing, the cost of creating quality advertisements can be very affordable.

Please allow us to produce a line-item budget for all of your creative work, and you will be pleasantly surprised at the savings you’ll see.

Often, media buyers broker airtime, that is, they purchase the time at net rates, then will mark it up beyond standard agency commissions to their accounts. The margin on commercial airtime can sometimes be exorbitant.

We would rather keep our short-term profits down, and maintain your business for the long-term. Our production fees will always be more than reasonable, and our media commissions will always be standard, or less. We are very affordable. We more than pay for ourselves.